Once again, the time for covering one of the greatest international film festivals has come. While Fantasia has much to offer, we are once again to focus on the Japanese selection of the festival.

Among the wide selection of Japanese narratives, we are looking forward to Yuya Ishii’s Almost a Miracle (2019). Readers might know Yuya Ishii from his highly inventive The Tokyo Night Sky Is Always the Densest Shade of Blue (2017). As Ken Ninomiya impressed us with his mesmerizing The limit of Sleeping Beauty (2017), we of course look forward to reviewing his latest narrative Chiwawa (2019). Last but not least, we look forward to finding out if Hideo Nakata’s Sadako (2019) is a return to the power of Japanese horror or not. [Other movies worth mentioning are Koichiro Oyama’s His Bad Blood (2019), Shinobu Yaguchi’s Dance With Me (2019), and Hideki Takeuchi’s Fly me To the Saitama (2019).]

While these movies might become must-see movies – links have been provided to our reviews [17/07/2019], we cannot label them as must-see’s yet. Below we present six wonderful movies that are worth seeing.

While Dare to Stop Us already constitutes an insightful look into the inner-workings of Wakamatsu productions, the true moving beauty of the narrative is to be found in the unearthing, through Megumi’s drama, of the lingering enigma (i.e. female sexuality/female sexuation) that underpins pink-eiga as a genre in general and Wakamatsu’s oeuvre in particular. Beyond the celebration of the power of politically motivated and activist cinema, Hiraishi beautifully and touchingly evokes that cinema can always fails one’s subjective struggle. 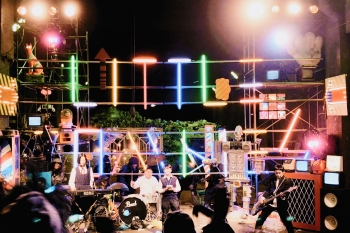 While And Your Bird Can Sing touches upon various dimensions (e.g. the problematic nature of auto-erotic enjoyment that hampers inter-subjectivity and the emptiness of speech) in a sensible way, the narrative could have been more powerful if the turning-points – the two defining subjective acts – of the narrative were more dramatically emphasized. Due to this lack of sensibly underlining their performative dimension, the dimension of subjectivity so central to the narrative is unable to realize its full cathartic potential. Despite this failure, we should in no way forget the daring and fruitful choice of structure Miyake made in his narrative. By rendering the subjectivity of his protagonists as opaque as possible to the spectator, Miyake is able to successfully highlight the difficulties of realizing a subjective position, like a position of desire within a relational context. Beyond Sachiko’s performative touch, the enjoyment beyond inter-subjectivity, and the feeling of unrealized meetings, the true message of And Your Bird Can Sing is nothing other than the fact that ‘sense’ (to be understood as meaning as well as direction) is only be found in inter-subjective relationships. 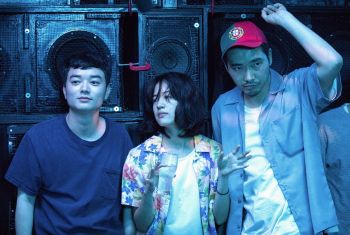 The Legend of the Stardust Brothers is one of those rare narratives that has become better by aging, instead of turning ugly and sour. While the ripeness of the narrative is not able to beautify all its faults, the pure fun oozing from the narrative and the performances secures the enjoyment the spectator can extract from this energetic and truly irresistible legend. In other words, the time for this narrative to become, thanks to the release of the DVD/Blu-ray by Third Windows Films, a cult-classic has finally arrived. 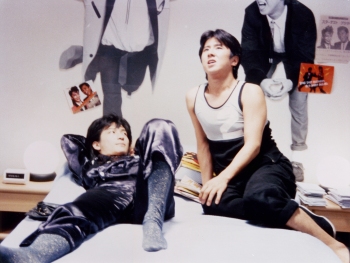 To answer the question we posed in our introduction, The Fable is one of those live-action adaptations that is worthy of your time. By mixing quirky lightheartedness, cool action, and brute violence, Kan Eguchi succeeds in composing an action-narrative that, by hitting all the necessary beats, ensures the spectator’s enjoyment. The Fable might not be testing the limits of the genre, but it’s great in what it does: provides a highly entertaining visual ride. 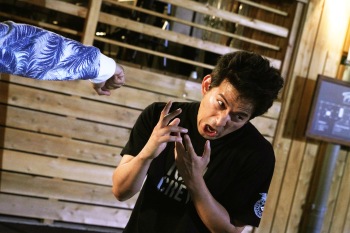 While 21th Century Girl is an amazing cinematographical product, the omnibus is ultimately held back by its own ambition and its very own strength. As each narrative explores, in its own particular way, some aspect of the complex maze conditioned by the trinity sexuality, gender, and society, the spectator is introduced to the very complexity and beauty of subjectivity as such. But due to the abundance of narratives, the spectator is not given the time to appreciate and analyze each narrative in an equal measure – even though the spectator, function of his own subjectivity, will nonetheless be touched by two or more narratives. Notwithstanding this overabundance of narratives, 21th century girl is still a powerful plea for more support for female directorial talent and for more Japanese narratives that explore female subjectivity, question the nature of the sexual relationship, and investigate the effects society has on women and their subjectivity.