In celebration of Noise winning first place at psycho-cinematography’s top 10 Japanese movies of 2017, we also sat down with Matsumoto Yusaku (松本優作) to talk about his first full-length feature, the process of creating his debut narrative, his past and ofcourse his future. With his short but to the point answers he gives us valuable insights, while creating new questions for us along the way.

Psycho-cinematography: Can you tell us how you became a director? 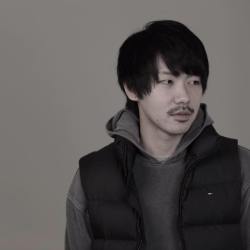 Matsumoto Yusaku: Until I graduated from high-school, I was doing band-activities for 10 years. However, as I thought that I didn’t have the talent to be in a band, I decided, because of my interest in movies I happened to like, to attend a movie vocational school. And then, the first short-movie I made got high praise by the teacher. So I began aiming to become a movie director.

P-C: The Akihabara massacre from 2008 – you were sixteen at the time, really shocked you and motivated you to research these kind of incidents. Can you explain why this massacre motivated you?

M.Y: At the same time of the case of the Akihabara Massacre, a friend of mine committed suicide. Although these two events are completely unrelated, the junior high-school student I was, felt that a partial link could be made [between those events.].

P-C: What was the purpose of your research and what were some of your conclusions?

M.Y.: To be honest, I still didn’t find a clear answer. However, I think there is a tendency in the world today of deciding very casually about right or wrong. Without thinking by oneself, I think one is swept away by the opinions of the media for example. Through this movie production, the only answer I could find was that, in relation to such events, one has to imagine by oneself. Why did such events happen? Before deciding right or wrong, one needs to imagine [why those events happened] by oneself.

P-C: What were your personal motivations for making a movie based on your research?

M.Y.: I think the suicide of my friend had a great [impact] after all. By making this movie, I felt like I could meet my deceased friend again somewhere. I do not know if this is an answer to your question, but …

P-C: The narrative poses a lot of problems – problems where you could not yet find a clear-cut answer for. Can you share some of the problems you encountered?

M.Y.: [Like I said before] nowadays it has become too easy to decide right or wrong. In a world where the abundance of information is entangled, I think that we have to create our own values by ourselves. But it is not easy to search [about that] on the net I think.

M.Y.: It is the importance of imagining.

P-C: For me, the narrative underlined the importance of deep and satisfying relationships. Rie, Misa and Ken interact with other people, but these interactions remain mostly superficial. What is your opinion on relationships in the context of family, love, consumption in contemporary Japan?

M.Y: What is common to each character in this movie is that everyone is searching for their own place. I think the same can be said for idols and their fans. In today’s Japanese society, they may seem special at first sight, but, in my opinion, they are the same as the other people. In this movie, [we can situate] that pitfall there.

P-C: You built up the movie scene by scene, discussing with staff and actors. It is a very uncommon method. Why did you choose this painstaking method? What were the benefits of this method?

M.Y.:  Because I had no clear answer, there was no other way than to shoot in this way. Also, in order for the experience of the actors up until now to be useful in the embodiment [ of their characters], I thought we had no other choice than to discuss.

P-C: Can you give us some concrete examples of how these discussions influenced the narrative?

M.Y.: For example, Misa’s narrative concerns Kokoro Shinozaki’s own life. Apart from the setting of her being a victim of the incident, I planned this story as being based on her experience. It is also true that my father had being violent.

Ken is the same. To carry pent-up feelings everyday, is based on Suzuki Kousuke’s own life as well.

P-C: Which directors are inspirations for you?

M.Y.: I have not been inspired by any director in particular.

P-C: Could you already reveal some of your plans of the future?

M.Y.: Now, I’m making a documentary as well as fiction-movie. The latter is a collaboration between India and Japan. The documentary is about a group of mountaineers who challenge the mount Everest, the world’s highest mountain.