In Mito, a rural city in Ibaraki Japan, Ako (Elisa Yanagi) wanders around looking for her home. On her search, she does not only talk to people, but also to objects and plants. One signifier that she keep uttering is “atchy-ma”. 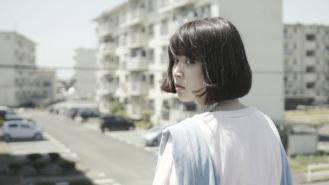 While some people might classify Yeah as nonsensical, Yohei Suzuki’s narrative is not as nonsensical as it might seem. The “depth” of the narrative is, as a matter of fact, to be found at the surface level. Ako’s search for her home has to be read as a search for human connection (Acting-note 1).

It is not difficult to see that every meeting she has is a failed meeting. The people she encounters never question her about her goal, her desire, about her subjectivity. Faced with her presence, these interlocutors interact with her without engaging her troubled state. The aspect of failed meetings is vividly underlined in the sequence in the psychiatric hospital. While the doctor’s act of asking Ako’s brother concerning the intake of her medicine already subtly reveals him as not engaging with Ako at the level of her subject, his failure becomes painfully apparent at the moment he confesses to not knowing what Ako means with ‘atchy-ma’. The conversation that subsequently unfolds between him and Ako’s brother is a very awkward affair as the doctor starts producing general fragments of knowledge, fragments that have no relation to Ako’s own speech. While the doctor speaks about her as a master, he does so without having engaged her at the level of her subjective logic (Narra-note 1). 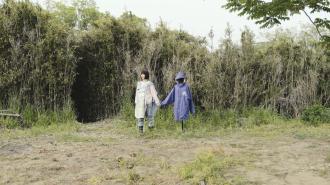 Due to the narrative’s emphasis on failed meetings, one should understand Ako’s problematic search for human connection as a critique on mental health treatment in Japanese society. Ako’s search can thus be reformulated as a question: Do mentally-ill people have a home in Japan? Ako’s meeting with another girl, who can be said to be psychotic, corroborates Yeah as a critique on Japan’s way of treating the mentally ill. Does the prohibition (of leaving the house) this girl’s father formulates not translate Japan’s longstanding tradition of hiding their mentally ill from society’s eye?

Ako’s search for human connection is subtle contrasted with the youth hanging around in the neighbourhood. While she is searching for her ‘home’, they just hang around doing nothing. We would argue that these youth have, unlike Ako, accepted their situation of not having a ‘home’. 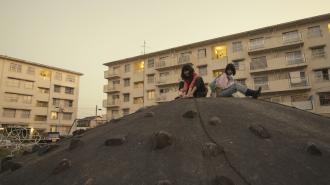 The narrative space of Yeah is important to explore as it enables to put Ako’s search in a more political perspective. While the apartment complexes evoke Japan’s past prosperity, the decaying state of these complexes and their surroundings underlines the economic failure of Japan’s present and its failure to provide decent mental health care. The hospital, a concrete empty ‘bare-bones’ building, clearly evokes the negligence of providing proper mental health care. Japan’s bare-bones health-care, as evoked by Yohei Suzuki, fails to engage the troubled subject at a level where change is possible.

Ako’s disappearing and appearing, by way of fading-in and fading-out, can be read in two ways: as representing her consciousness, i.e. her awareness of her environment, or as representing society’s awareness of mental health problems. In the latter case, the disappearing and appearing translates the failure of Japanese society to engage its mentally ill in a way that does not aim to efface them from the collective consciousness. But even effaced from society’s eye, the sound of footsteps, the sound reminding us of the existence of mentally ill people, persist.

The cinematography of Yeah is framed with a mix of fixed shots and fluid moving shots. By keeping the shots temporally long, Suzuki has created a very peaceful cinematographical rhythm. Yohei Suzuki, furthermore, decorated his cinematographical mix with some truly beautiful aerial shots of the decaying setting of his narrative.

Yeah is an experimental narrative that successfully critiques the current state of Japan’s mental healthcare. While the narrative might appear without any thematic depth, Yohei Suzuki’s symbolic play with imagery turns each scene of Ako’s search into a powerful evocation of Japan’s failure to engage the Ako’s of Japan on the level where subjective change can be instigated.

Narra-note 1: That the brother’s poses the question of Atchy-ma’s meaning to the doctor implies that he also fails to meet her at her subjective level.

Acting-note 1: Elisa Yanagi’s performance is great and one of the reasons why Suzuki’s narrative works so well.