If one looks at the rather limited oeuvre of Daisuke Miura it quickly becomes apparent that narratives about relationships and sexuality attract him. In 2013, for instance, he wrote the original play and the screenplay of Hitoshi One’s Be My Baby. And in 2014, he brought his own novel Love’s Whirlpool to the silver screen. And now, in 2018, Daisuke Miura dives again into the world of sexuality with his adaption of Ira Ishida’s novel Call Boy.

One night, a friend (Yuu Koyanagi) of Morinaka Ryo (Tori Mitsuzaka), who works as a host brings his so-called “dream girl” Shizuoka Midoh (Sei Matobu) along to the bar where he works. . develops an interest in him. After his work, she picks him up and invites him to her condo. 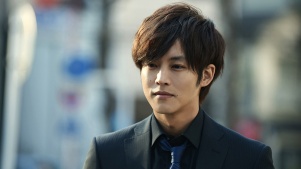 While Ryo is made to think that he will make love to her, Midoh introduces Sakura (Ami Tomite), a deaf girl, as his bed-partner for the night. Midoh, on the other hand, will just enjoy watching their sexual intercourse.

After finishing his love-making, Midoh reveals it was actually a test to see if he was right material to work for her male escort club, Le Club Passion. Even though he barely past the test, Midoh offers him a job.

Call Boy is a narrative that has no other purpose than to confront us with the diversity of sexual desires, a subjective dimension hidden behind the imaginary interaction of every-day. Through following the subjective trajectory of Ryo in the world of conscious commodification of relations and sexuality, Miura confronts us with the radical diversity of sexual satisfaction and sexual fantasies – the most intimate dimension of human subjectivity (Narra-note 1).

While the importance of the imaginary dimension in the commodification of sexuality and relationships is touched upon – see for instance how Ryo’s host friend introduces his new ‘sugar mama’ – Ryo’s work as a call-boy enables him to overcome his subjective standstill (General-note 1). The non-sexual aspect of his work – an aspect that often consists in nothing more than a foreplay consisting of manipulating the imaginary ego of the female subject – gives Ryo the possibility to approach his own subjectivity at the same moment of exploring the female subjectivity as related to sexuality and desire. For Ryo, it is in the commodification of sexuality as such that a meeting with the alluring female subjectivity is made possible and he is able to overcome his subjective standstill (Narra-note 2, Narra-note 3).

What is most beautiful about Call Boy is that the confronting revelation of sexual subjectivity is able to “disturb” the (male) viewer in very much the same way as it “shocks” Ryo. 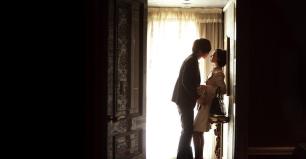 What is great about the cinematography of Call Boy is the fact that the unrushed tempo by which the narrative develops is supported by the leisurely way of framing the narrative. While fixed shots are present – often to focus on certain emotional expressions – Miura favours using semi-fixed shots, shots that with their subtle tremble give the narrative space a realistic naturalness, and slow moving shots.

But one should not think that the cinematography is 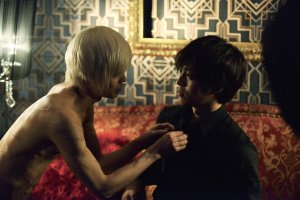 objectively framing the narrative space. In a way the cinematography aims to enforce Ryo’s subjectivity. The leisurely way of framing the narrative enforces the sense of emptiness that persists throughout the entire narrative at the level of the sound-design. This emptiness, regularly disturbed by female (and male) moaning and other sexually related noises, is nothing other than Ryo’s emptiness.

The emptiness, as created by the rather minimalistic approach to diegetic sound, is empowered by the non-diegetic jazzy music. It is not the calm jazzy music as such that enforces the rather forlorn atmosphere, but the fact that comes to empower the emptiness that marked the narrative space (Colour-note 1). While more funky jazz and drum-based music is applied to accompany Ryo’s entrance into the world of call-boys, this music only truly underlines the subjective ‘evolution’ of Ryo at the very end of the narrative (Narra-note 4). 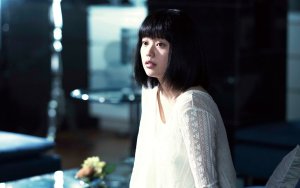 Furthermore, the emptiness that marks Ryo is also vividly brought to the fore by Tori Mitsuzaka. The strongest aspect of his performance is the way in which he is able to evoke his subjective realization – see the subtle changes in his facial expressions – while insisting on the lack he is marked by (Narra-note 4).

Daisuke Miura’s Call Boy is nothing other than a beautiful confrontation with the radical sexual subjectivity of the female speaking-being. Through framing sexuality in all its sensual and aggressive glory, Miura forces the spectator to accept the fact that, at the crossroads between sexuality, fantasy and satisfaction, every speaking-being remains polymorphous perverse. This narrative is a confrontation that every spectator needs.

Narra-note 1: There is one sequence that concerns the desire of a couple and not the desire of one subject. In this sequence, it becomes even more evident that Ryo is an first and foremost an ‘actor’ to realize the sexual fantasies of others.

General-note 1: Note that the very function of a host is to sell the fantasy of a relation as commodity.

Narra-note 2: The fact that Ryo overcomes his subjective standstill is closely related to Midoh, the woman who changed his life. And while this woman is most obviously intermingled with his own mother – try no to read anything Freudian in it – Ryo’s rather meek acceptance of the various sexual desires is a very function of the promise (of being a good boy) he made with his mother.

Narra-note 3: Even though it is only of limited focus in the narrative, the subjectivity – again with respect to sexuality – of Azuma, a VIP call-boy, is sensibly touched upon. This sequence may be somewhat confronting for people.

Colour-note 1: The fact that the narrative space is framed with washed out-colours gives the whole space a certain loneliness and sadness. Two elements that can also be seen as characteristics of Ryo.