While Mika Ninagawa is more know as photographer, she also has a limited oeuvre as director. Up until this date, Ninagawa has only three movies (Sakuran (2007, Helter Skelter (2012), Diner (2019)), with a fourth, Ningen Shikkaku, releasing later this year. In this review, we review Ninagawa’s second cinematographical narrative.

Lilico (Sawajiri Erika), Japan’s top model, a true Japanese beauty, is admired by everyone: teenage girls want to be her, while men are desiring her body. But Lilico’s beauty is fabricated. One day she discovers marks on her body, side effects of the surgeries, which problematizes the ‘image of ideal beauty’ she dresses herself with.

The arrival of Kozue Yoshikawa (Mizuhara Kiko), a new model, proves a further endangerment of Lilico’s ego, the bodily image of being the most beautiful woman. This endangerment is not without effects on Lilico’s relations with her manager Michiko Hata (Terashima Shinobu), her talent agency boss and mother figure Hiroko Tada (Mamoi Kaori), and her boyfriend Takao Nanbu (Yosuke Kubozuka).

In the meanwhile, Makoto Asada (Omori Nao), a policeman and his assistant Kumi Hosuda (Anne Suzuki) have begun investigating a rather dubious plastic surgery clinic. 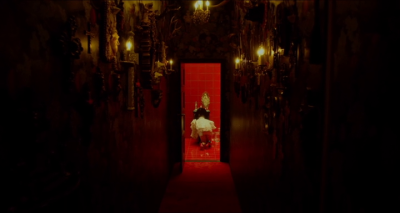 One way in which the narrative succeeds in emotionally engaging the viewer is by way of positioning the main narrative of Lilico, who is masterly played by Erika Sawajiri, within the broader scheme of the modeling world and the interrelated societal backdrop. The introduction montage, for instance, sketches the effect models, as vehicles for “images of beauty”, have on society and on the consumption of females of beauty products. Other montages – some give insight in the hectic nature of a modeling career – aim to refocus the broader narrative as well as the changing societal backdrop as to reinforce Lilico’s narrative and her emotional and mental journey.

The presence of this broader backdrop enables the narrative of Helter Skelter in successfully offering a vivid and thorough exploration of the impact of “images of ideal beauty”, e.g. the impact that an image of ideal beauty has on society as well as on the model that “wears” that image in the eye of society, the Other. The narrative’s main purpose is to investigate Lilico’s delicate relation to her own body image as image of ideal beauty – She is staged as a narcissistic woman, a woman with an ego fully invested in the image of beauty she “wears”. The effects of the precarious nature of this relation are explicated through her emotional and mental state which in turns governs her behavior with her boss, her personal assistant, her make-up assistant and her new colleague/rival.

Furthermore Helter Skelter touches upon two other interrelated aspects that are not without effect on Lilico’s personal journey and her relation to her own bodily image. The first aspect is the idea, as implied by the narrative, that adoration of the public ultimately concerns the image (of ideal beauty) alone and not the “subject” that has become or is the carrier of that image. Secondly Helter Skelter underlines the importance of “looking” as the vehicle of appreciation of images of (ideal) beauty as well as the vehicle to narcissistically invest in an image of beauty. These aspects are easily observed if one pays attention to the importance of mirrors and photographs in the narrative and the way the eye of the audience functions as a mirror, mirroring nothing else than the image of (ideal) beauty that these eyes adore. The emphasis that Ninagawa puts on “the visual” – this is sensible in every aspect of the cinematographical product, enables her to show the importance of the eye of the Other (the audience in this instance) for one’s ego or identity.

In more general words, the pivotal question that structures the narrative is as follows: what happens if the real body or another person problematizes/threatens Lilico’s narcissistic investment in the image of (ideal) beauty, an image she identifies as being “her” own? Helter Skelter provides an engaging and emotionally touching answer to this question, providing plenty food for thought. 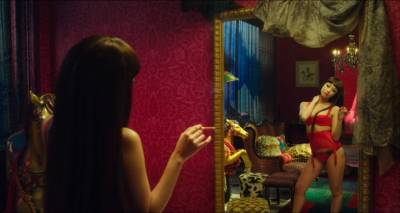 Ninagawa’s background as a photographer is easily seen in the masterly way colours and the juxtaposition of colours are used to form an integral part of the composition of scenes and shots. Concerning this use of colour, an obvious difference can be observed between narrative featuring the police and Lilico’s narrative: whereas the police narrative features more saturated blues and browns, Lilico’s narrative is filmed with an overabundance of colours – nevertheless the main colour that underpins the framing of her narrative is red. Besides this colour difference, the juxtaposition of these two narratives works well to engender mystery and questions concerning Lilico and to give the spectator the necessary pieces to solve the “puzzle” about Lilico.

The flashy cinematography of Helter Skelter is first and foremost characterized by an ever present shakiness – the few true static or fixed shots always concern screens. The shakiness gives the narrative a sense of reality and enables Mika Ninagawa to give reality to the emotional drama Lilico goes through and the effects of this drama on her entourage. Longer shots and those shots that focus on expressions force the viewer to estimate the emotional impact of feelings/situations on Lilico and, in some cases, Hada as well. Furthermore the successful framing of Lilico’s changing emotional state is also attained because Ninagawa knows how to use silence and sound in longer shots, giving each word or act impact in the narrative space. The second aspect that characterizes the cinematography is the abundant use of camera movement (on the vertical as well as on the horizontal plane) to create a fluid and natural cinematography, which supports the careful composition of each scene. Camera movement is often used to support the staged action, i.e. the sex scenes, but also to make the emotional drama of Lilico sensible for the viewer.

Last but not least, we need to underline that the cinematography of the montages we’ve mentioned before are different and are framed using quick succession of shots. In some montages this snappy succession underlines the broad societal impact of “images of ideal beauty” and the superficial and non-committing nature of this relation of “society”, the Other, with these images, while in others this rapid succession captures the “hectic” nature of a modeling career. 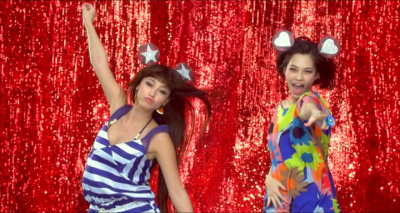 Helter Skelter is a very visually appealing narrative that proves that a colourful and flashy cinematographical style is perfectly able to support and empower the emotions of the narrative. The careful composition of shots/scenes (i.e. colour, camera movement, …) and the fabulous performance of Sawajima Rika captivate the viewer, taking him along on the emotional undertones that support the unfolding of Lilico’s personal drama. This dramatic journey enables the spectator to feel, albeit in exaggerated form, the effects of the fact that the ego is first and foremost a bodily image, a bodily Ego ever function of the Other. These effects put the aspect of being loved and its relation to self-love in a beautiful way into question for the spectator. Helter Skelter is in other words a must-watch, a narrative revealing Mika Ninagawa’s talent to realize her vision in a masterly way.